Over ten years ago the rapper, Nas released his 7th studio album in 2006 appropriately named Hip Hop Is Dead. Before the albums’s release the title of the album sparked a lot of criticism because many rappers from the South believed the album’s title was intended to be disrespectful toward Southern rap. Although the title would naturally spark conversation and disagreement, the reaction to the title of Hip Hop Is Dead was very intellectual immature and led many of the listeners of the album to miss the true meaning of the album.\

First, I must admit I am a huge Nas fan and Hip Hop Is Dead happens to be one of my favorite album so excuse my bias and try to see my point here. On the 3rd track of the album Carry On Tradition, Nas puts forth his thesis and explains the reasoning behind the title of the album:

“Hip-Hop been dead, we the reason it died. Wasn’t Sylvia’s fault or because MC’s skills are lost, it’s because we can’t see ourselves as a boss. Deep-rooted through slavery, self-hatred, the Jewish stick together, friends in high places.”

“See everybody got a label, everybody’s a rapper but few flow fatal. It’s fucked it all started from two turntables.” Despite all the rumblings around Nas declaring Hip-Hop was dead because of the rise of Southern rap, the actual reason for the title stemmed from the fact that rappers had lost control of the culture. Although Hip-Hop became a mainstream, when it became mainstream it became bought out by big labels that had no concern for the culture which led to laziness in terms of controlling the art form by rappers. As Nas mentioned every rapper has a label or clique but that that label is usually under the umbrella of Interscope and Universal Music Group. With Hip-Hop out of the control of those who created it, the art formed died because it had lost it’s essence to the cooperate structure.

Nas continues to prove his argument that Hip-Hop is dead on the track Where Are They Now.

“Rap is like a ghosttown, real mystic like these folks never existed. They’re the reason that rap became addictive.” 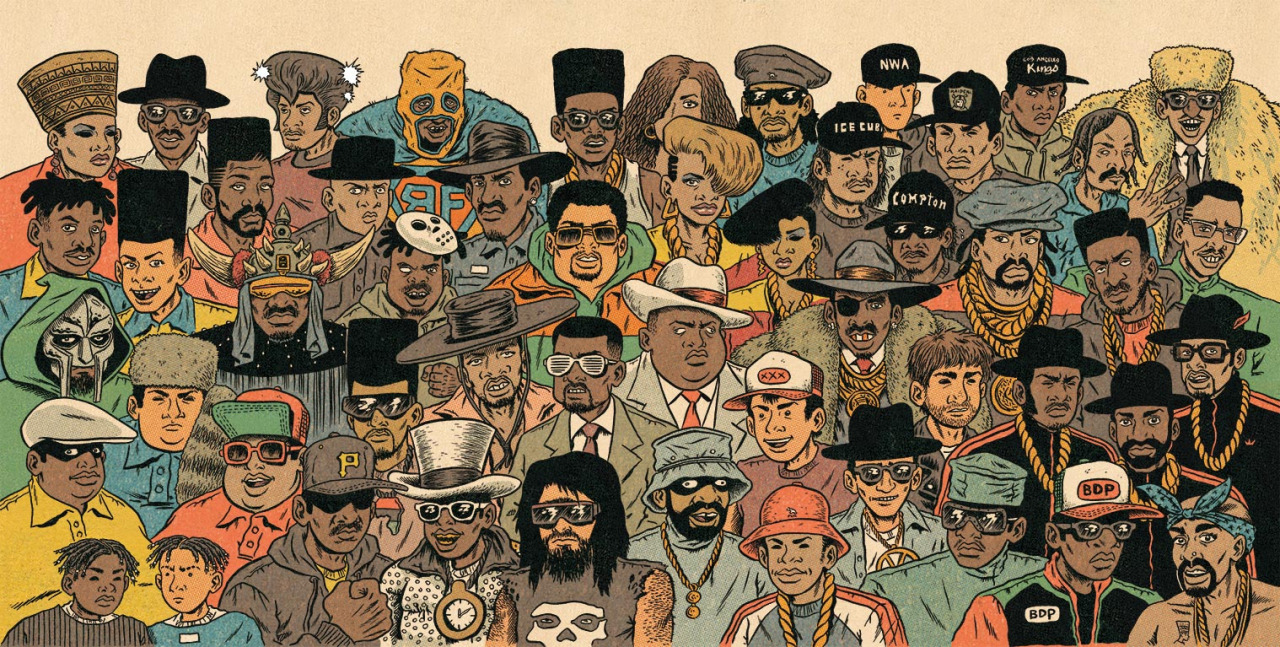 On the track Where Are They Now Nas explores the idea of current rappers not showing the respect that is due to the original rappers and those who paved the way for rap to become a worldwide genre. Although the earlier rappers formed the foundation of Hip-Hop, Nas proclaims that they’re treated as if they never existed. Not paying the proper respect to those who built the essence of the culture contributed to the death of Hip-Hop from the perspective of Nas.

On the 6th track of the album titled Who Killed It, Nas acts a dectective searching for the real killer of Hip-Hop. After finding her (meaning Hip-Hop) Nas begins to asks her questions, but just as he is finding all of the answers to his questions she disappears and dies.

As she’s talking, she starts vanishing in thin air. But before she dropped the money bag on the floor and died she said if you really love me I’ll come back alive.”

As Hip-Hop dies Nas is told that if he really loves it then it come back alive, meaning Hip-Hop is supposed to die. In order for the essence of Hip-Hop to be restored it must be continued to be pimped out by the industry until it is absolutely worthless. After Hip-Hop is not valued by the by the industry and corporate entities anymore, then Hip-Hop will be vauled by those who created it and those who have an honest love for the culture. Hip-Hop is too far gone to save at this point, it must be allowed to die and then it will be reborn in the same place and by the same people that birthed it.

So is Hip-Hop really dead? Absolutely Hip-Hop is dead because it not controlled by the rappers anymore and the esscence of the culture has been forgotten along with the legends that formed the foundation. If the essence of something is damaged then it will eventually  die completely, and the same logic applies to Hip-Hop. The pimping of Hip-Hop has gone to point where it has to be allowed to die and completely become worthless to those that took advantage of it. And then and only then will Hip-Hop be born again, mean something, and be an authentic intelligent movement.