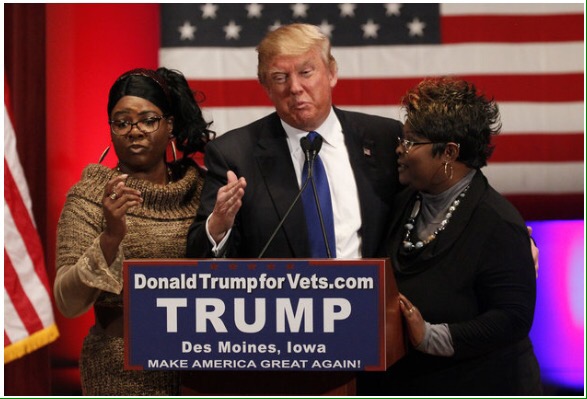 Diamond and Silk first appeared to the masses a couple of months back when their video went viral of the two woman praising and supporting presidential candidate Donald Trump. Since then these two clowns have continued to support Trump, appear at rallies, and appear on television shows to support Trump. Even though Trump has shown his hate for black people for over 30 years with his racist renting policies in the 70’s, taking ads against the Central 5 case, and allowing black protestors to be assaulted at his rallies. Yet Diamond and Silk continue to support Trump because they’re coons and that’s they’re jobs. They both recently did an interview with a know white supremacist John Friend to continue their support of Trump. 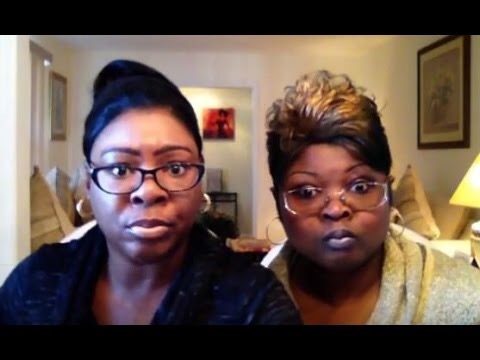 Yes they just look like the self hate, mammy, coon type… you can see it in their faces.

These two clowns should be an example of what not be for young black girls and grown women. Diamond and Silk sound like stripper names to begin with. These two women pubicly support a white supremacist and continue to be tokens and puppets to racists. This is idiotic but this real and Diamond and Silk are puppet coons. They get a lot of attention and for what…. for being puppets.

Trump could give a hell about Diamond and Silk, he’s using them so when people say that Trump is racist he will say “I’m not racist I’m supported by Diamond and Silk.” And that is the only reason these two clowns are tolerated by racists like Trump.