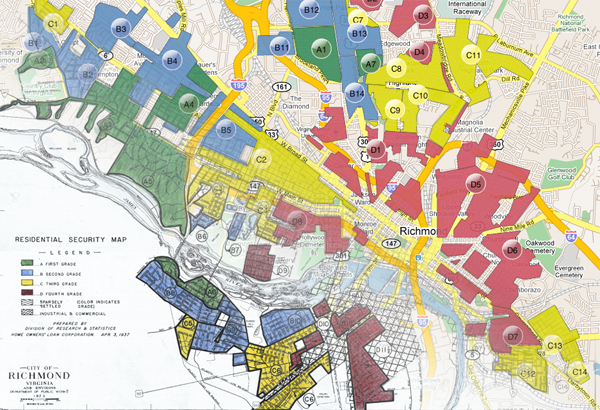 During the era of Jim Crow and during the 1930’s and 1940’s white suburban areas were created. Through the process declining house mortgaging loans to black people and the process of redlining both done by the FHA. 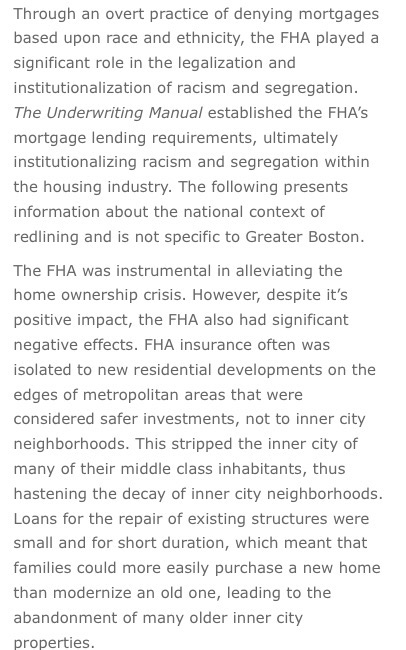 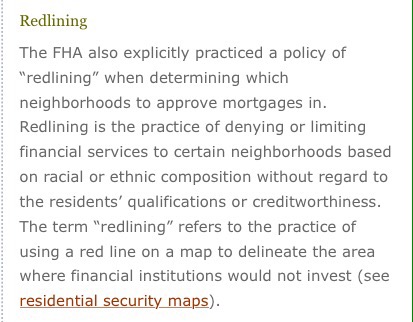 By denying black people house mortgaging loans, they were unable to buy houses. So in turn white families were given all of the federal loans creating white suburds. All of this was allowed by the FHA, the Federal Housing Administration. The FHA purposely denied black people denied these loans and kept them in inner city, economically deprived areas. All along while white people were given thsse racist federal loans. The process of redling was a huge component the racist FHA loans. The loans were given in white segregated parts of towns and cities. Redlining meant that on a map all segregated black areas were markdes in red and they wouldn’t be allowed any of the FHA loans. The investiment of housing loans were given to white neighborhoods, while they were purposely kept out of black neighborhoods. This created the economically deprived black nrighborhoods that still exsist today. Or what some people would call the “hoods” where the project buildings are present. I don’t call them “hoods” because they’re not, those are economically deprived areas, a condition created by the United States government.