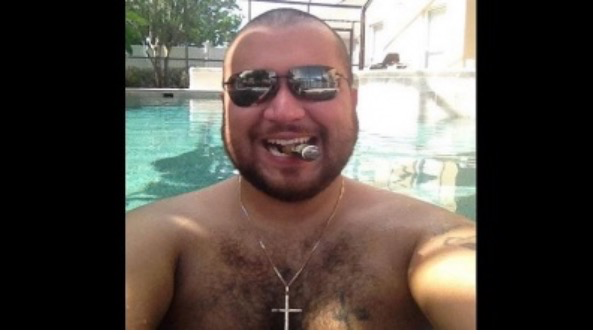 When responding to a fan on Twitter over the weekend. George Zimmerman retweeted a picture of the dead body of Trayvon Martin. The fan posted “Z-man is an one army”, along with the image. The post was later deleted by Twitter. 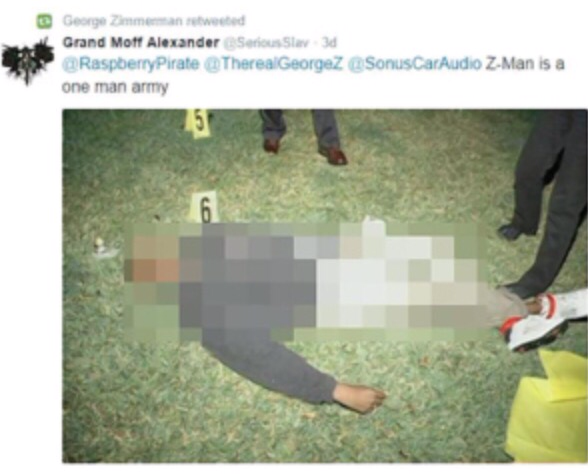 It’s obvious that this honorary white has proved that he’s a racist & a white supremacist. Zimmerman know this, as much as you want to be white you’re just not. I mean just look at nose the next time you look in the mirror. You were an honorary white because you killed a 17 black kid, but they don’t like you either. They tolerate you because you did what they want to do, & got away with it. 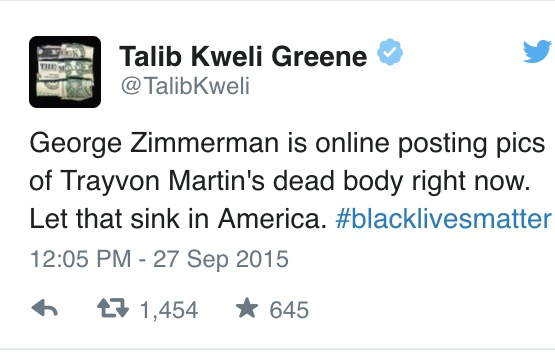 The usually outspoken rapper Talib Kweli gave his opinion of the madness that took over Twitter. I agree with Talib, “let that sink in” Amerikkka. Talib or anyone else shouldn’t be shocked this guy has the confederate flag as his profile picture on Twitter. He has also been accussed of domestic & other types of violence.

A savage got away with murder a little over 2 years ago. Before and after jury’s verdict this savage has caused nothing death & violence. He’s racist, violent, and he needs to go. One day this savage is going to mess with the wrong black person & they’ll take him off this plane of exsistance. When that day comes I won’t be sad not even a little bit. When you murder an innocent 17 year old kid, get away with it, and brag about it afterwards you deserve it. I can’t say I don’t wish 6 feet on a group of people or an honorary member who wish nothing but death & destruction on my people.

One thought on “George Zimmerman Needs To Be 6 Feet…”